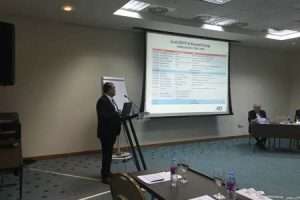 The annual Arab HDTV and Beyond Group gathered under the Arab States Broadcasting Union (ASBU) umbrella at the Crowne Plaza in Dubai on January 13, 2018, to discuss the status of new technology adoption including HDTV across the MENA region.

The packed half-day session had delegates from broadcast, both private and government, and vendors representing the entire technology value chain, in attendance.

In his opening address, Hasan Sayed Hasan, MD and Founder of Master Media and Chairman of the Arab HDTV and Beyond Group, outlined the current status of HDTV across the Arab world.

Underlining the rapid growth HDTV has seen since its beginnings in the region around 2009, Hasan said: “We now have 342 unique HD channels across the region as of December 31, 2017.”

During his presentation, he highlighted the genre and country-specific origin of the HD channels. While sports and general entertainment dominated the HD genres, a total of 169 HD channels were Arabic channels. A total of 85 HD channels originated from the UAE.

A 15-minute presentation by Basil Zoubi the Head of ASBU’s technical department highlighted the technical activities of the organisation. He announced ASBU’s ambitious plan to cease SD services by early 2019. He also highlighted the ASBU cloud services from the organisation’s POP in London, the NOC in Algiers and ASBU HQ in Tunis, to serve customers outside the MENOS’ coverage.

Dr. Fares Lubbadeh Owner and Director General of SpaceTech TV Engineering and Vice Chairman of the Arab HDTV and Beyond Group outlined the 5G path for the media industry while Hassan Ghoul Director, MENA of IABM, followed with an update on the latest standards for UHD and IP video with a brief overview of the  SMPTE ST 2110 suite of standards. In his presentation he offered research findings by the IABM that suggested 4k UHD is not a high priority in the MENA with cloud-based technology and IP becoming more important with the rise in OTT usage.

A series of vendor presentations followed on diverse areas such as cyber threat detection, AI, immersive AV in live broadcast and the future of radio, among others.

Speaking to BroadcastPro ME on the sidelines of the meeting, Basil Zoubi said that the annual meetings helped members keep abreast of technical and other changes. It was also a useful platform to exchange views on how to take the industry forward in the region.

In the vigorous feedback session that followed, participants requested for initiatives on anti-piracy among other issues for future meetings. The need was also felt for extending an invitation to more private broadcasters and telcos.

In his closing remarks, Abdul Rahim Suleiman, the Director General of ASBU highlighted the ASBU Academy now in Tunis and the forthcoming ASBU TV and Radio Festival in Tunis with an exhibition  to be held between 26 – 29 April 2018. 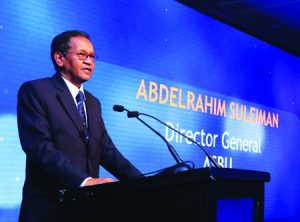 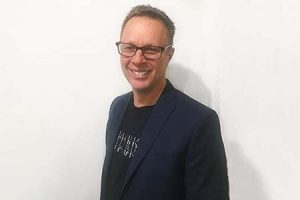